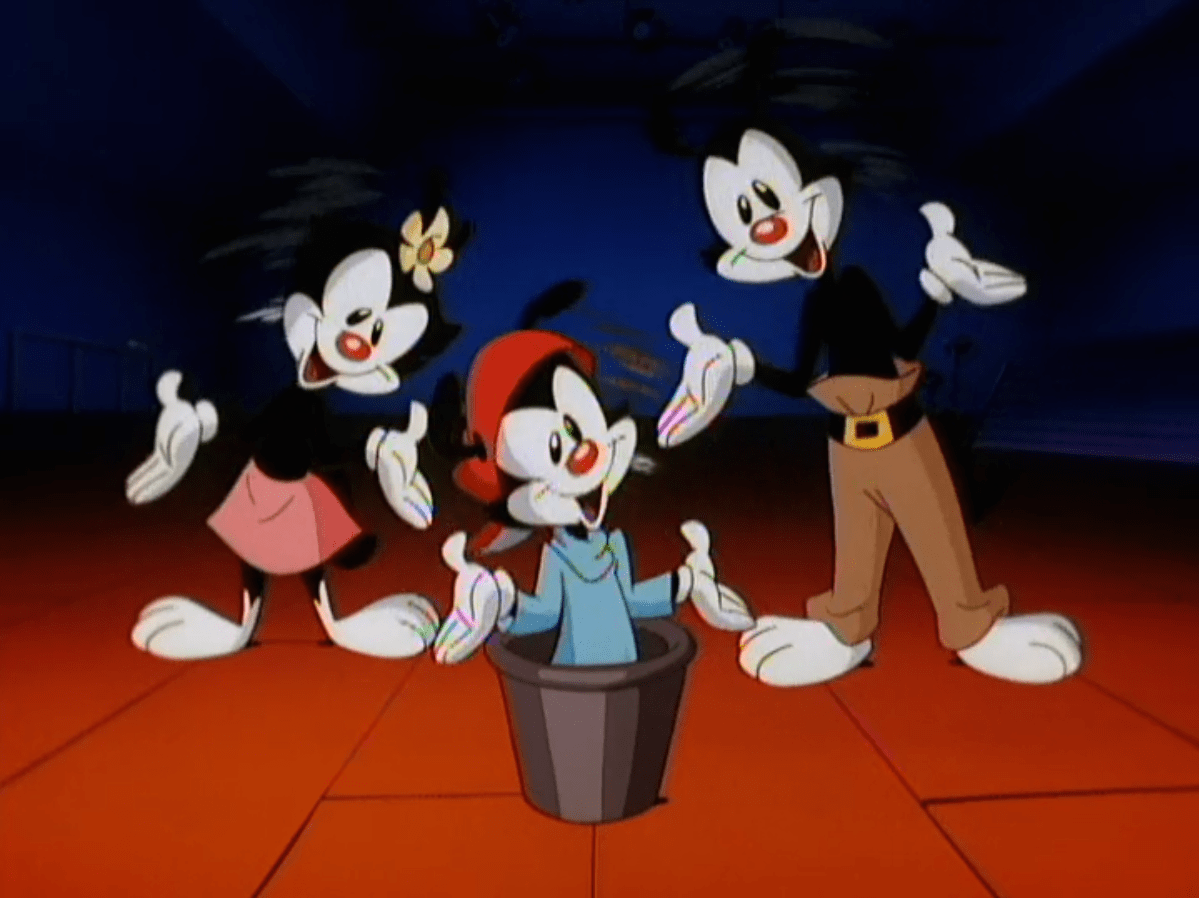 The REBOOTS are coming, with 90’s popular and supremely zany cartoon, The Animaniacs. Variety reports that Hulu will reboot the animated series, ordering two new season from Warner Brothers studios. The original Animaniacs premiered in 1993 and ran for five seasons.

The series followed the misadventures of the Warner brothers, Yakko and Wakko, and the Warner sister, Dot. Locked away in the Warner Bros. studio water tower for a very long time, they find a way to escape and wreak havoc around the lot. The show also spawned the spinoff series Pinky and the Brain.

The new episode will begin streaming at the top of 2020, as well as the complete library of previous episodes and other cartoons from the Warners vault.

It’s been a long time, but we’re pleased to be seeing some old friends in high places again.

Dummy text is text that is used in the publishing industry or by web designers to occupy the space which will later be filled with real content. This is required when, for example, the final text is not yet available... Read more